California is famous for its diversity, its eccentricity, and its influence on popular culture. Its spiritual history is no exception – The Golden State has an unusually rich history of spirituality that ranges from the traditional to the inventive. The Visionary State weaves text and image into a visually and intellectually compelling history of visionary architecture, spirituality, and consciousness in California. From televangelism to neopaganism, UFO cults to austere Zen Buddhism, acclaimed culture critic Erik Davis brings together the numerous homegrown and pioneering religious influences that have been part of the Golden State’s character from its earliest days. Gorgeous and evocative photographs by Michael Rauner round out this integrated and fascinating book.

Status: is in goede staat 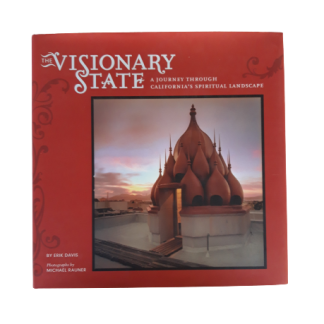